You are here: Home1 / Intelex / Warmies®

Established in 1995, Intelex is a game changing business.

Founded by Philip Gannon, Intelex is the originator of the microwaveable soft toy.

An industry leader in the warming gifts market Intelex (from here on in referred to as Warmies ®) identifies as a small to medium business and with a full-time staff of only 17, prides itself on its small scale production. However, to keep up with demand, more storage was definitely required.

With two warehouses (comprising of 15,000 square feet in total) over 145 products and production carried out on site, moving wasn’t an option. Something had to change.

Due to Warmies ® service first ethic, their large international supply chain and their desire to reduce the cost and complexity of annexing the space required for at least 1,000 pallets, the decision was made to optimise their warehouses.

With racking aisles at 3.3m wide, there was a real opportunity to make the most of the dead space that was available. 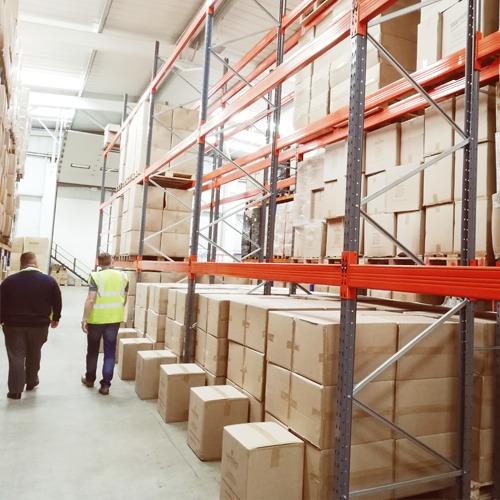 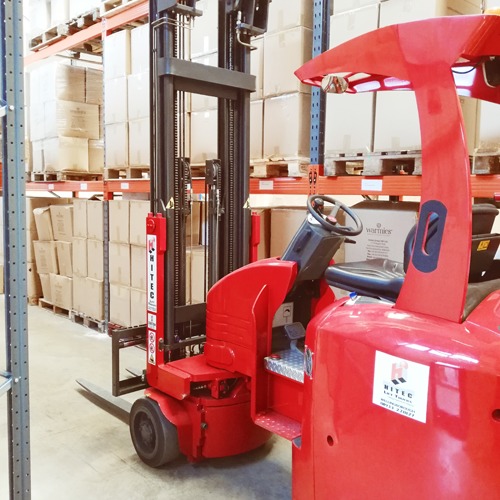 Hitec Lift Trucks have worked alongside Warmies ® several times over the years and were kindly considered by the company – but not just because of a long-standing working relationship.

Operations Director Jon Clarke: “We came to Hitec with a problem and Paul offered us a full-service solution. It was simple and tailored to our needs, it also provided us with flexible financial options that really worked well for us.”

A new racking layout was created, changing the aisle width from 3.3m to 2.3m, with some aisles as slender as 2m.

This new narrow aisle model increased their storage capacity by an astounding 42.3%, far higher than the average 30% improvement.

With plenty of room to store their goods (on both euro and standard pallets) it allowed Warmies ® to move cardboard, consumables and wheats in house.

Due to the new, narrower nature of Warmies ® racking, they also required a change of material handling equipment. Their Utilev was now too large, so Hitec swapped it out for a refurbished Flexi which was far better suited to the slimmer walkways.

As the Flexi was a new machine to the Warmies ® staff, Hitec also arranged for articulated truck training. This allowed them to hit the ground running as soon as the equipment had arrived and the new racking was installed. 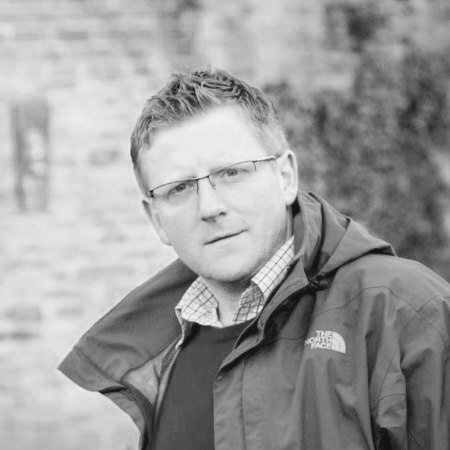 “I loved working alongside Paul, he was very warm and engaging.

As soon as he stepped into Warmies ®, he completely understood what it was that we wanted to do.

His knowledge of every area that we wanted to improve was fantastic and helped us gain a real understanding of what was possible in the space we had.

He was also quick to respond when we had a slight issue with a charging cable for our Flexi and had a solution within 24 hours.

I needed an innovative solution to a wide set of problems here at Warmies ®. I chose to put my trust and faith in Hitec and they didn’t let me down.” 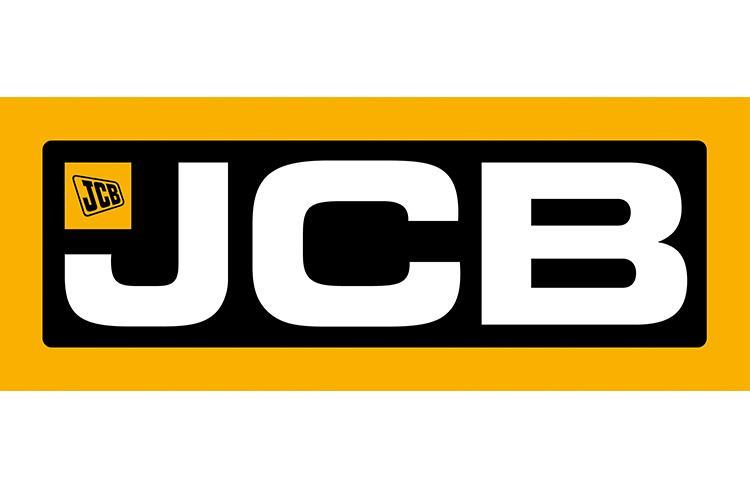 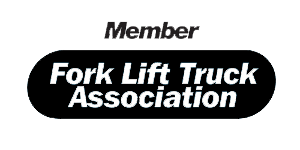 Maps were disabled by the visitor on this site. Click to open the map in a new window.
Scroll to top

Please confirm, if you accept our tracking cookies. You can also decline the tracking, so you can continue to visit our website without any data sent to third party services.