Saturday saw both joy and a few tears as we belatedly celebrated Christmas and also bid a fond farewell to Andy Selbie who, alongside Prospero Girardi, began Hitec Lift Trucks over thirty years ago.

Nearly everyone from the Hitec family was able to make the meal, including partners, husbands and wives. Held at Oriental Paradise in Billing, the team were treated to three courses of delicious food and many a laugh. After everyone had their fill, Pros took center stage to thank Andy for his service. Much Mr Selbie’s  embarrassment. 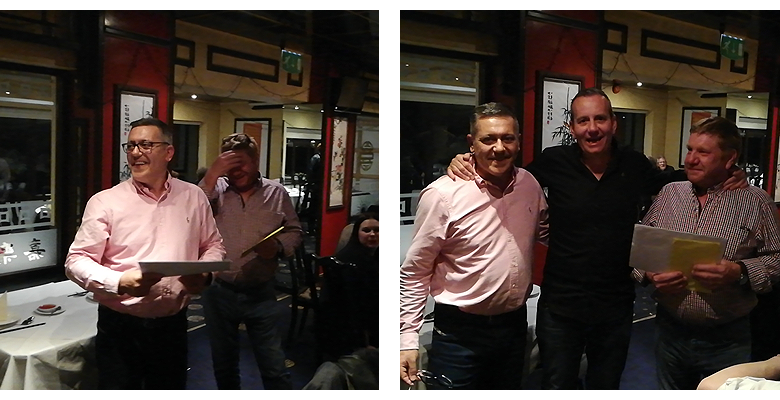 Andy has taken part in nearly every area of Hitec since it’s inception, from working the tools to driving the lorry, from hire to ownership of the office dog. Now, he has plenty of time to rest and relax alongside Pip! As a thank you for all of his help, support and partnership over the years, Andy was presented with a certificate for steam train experience and given more than a few thankful hugs from Pros. Andy will be retiring from Hitec at the end of May and he’ll be dearly missed! 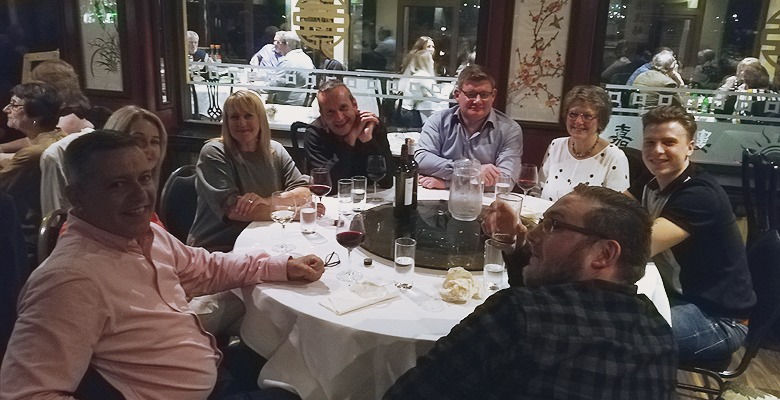 Alongside Andy’s retirement, the Hitec team finally had the opportunity to celebrate Christmas. A bit late perhaps, but we still managed to have a fantastic time with more than a few members becoming a little jolly.

Want to join the discussion?
Feel free to contribute!

Please confirm, if you accept our tracking cookies. You can also decline the tracking, so you can continue to visit our website without any data sent to third party services.